Once upon a time, just 8 months ago but feels like 5 years, work-from-home was for those who wanted to skip work, going to malls, pubs and concerts was a lifestyle, wearing masks was for aliens and purchasing stuff online was only for nerds.

So, what if the normal never returns? We look at five lifestyle areas which have been most affected and which will continue their present ways, regardless of COVID. And it involves a certain Trump that we must get used to, if not already.

While WFH, make friends with that elephant in the room 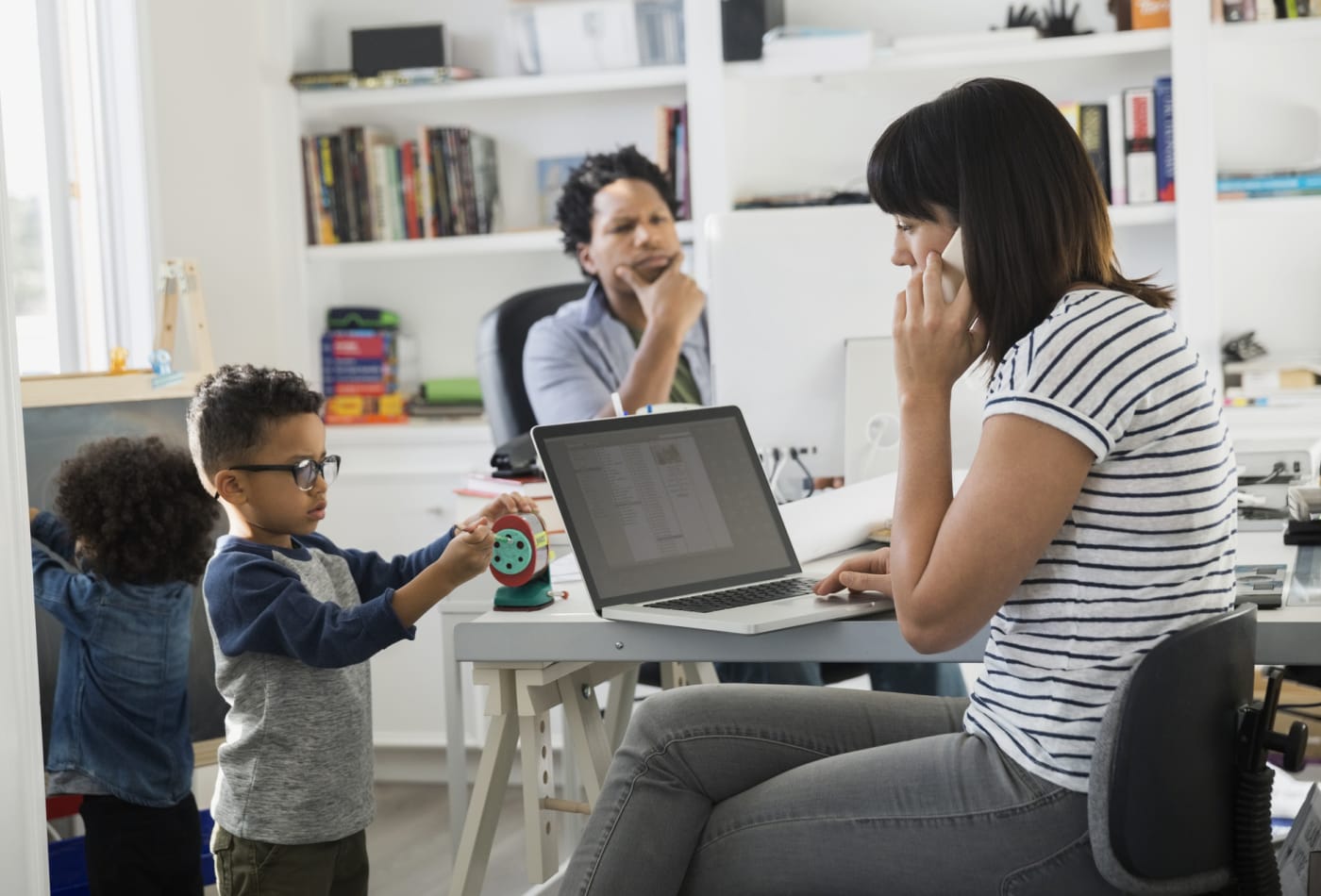 To have a job without a workplace, you must build an office of the mind. Structure, routine, focus, socialization, networking, stress relief—their creation is almost entirely up to you, alone in a spare bedroom or on your couch, where your laptop might vie for attention at any given moment with your pets or kids. If the coffeepot runs dry, there is no one to blame but yourself.

To have a job without a workplace, you must build an office of the mind.

Workplaces are complex social ecosystems just like all other places humans inhabit, and decentralizing them can obliterate the things that make them satisfying: knowing eye contact with a co-worker when a change you’ve been begging for is finally announced. A slightly-too-long lunch break with your desk neighbor because your boss is in meetings all day. Giving a presentation to your peers and watching them receive it well. Figuring out whom you can rely on, and whom you can’t. There’s so much unspoken that you absorb as an employee, you don’t get that right now with just a set of scripted meetings. At home, though, you probably get better coffee.

The recommendations from the House antitrust subcommittee represent the most dramatic proposal to overhaul competition law in decades, and could lead to the breakup of tech companies if approved by Congress.

So, what could happen? 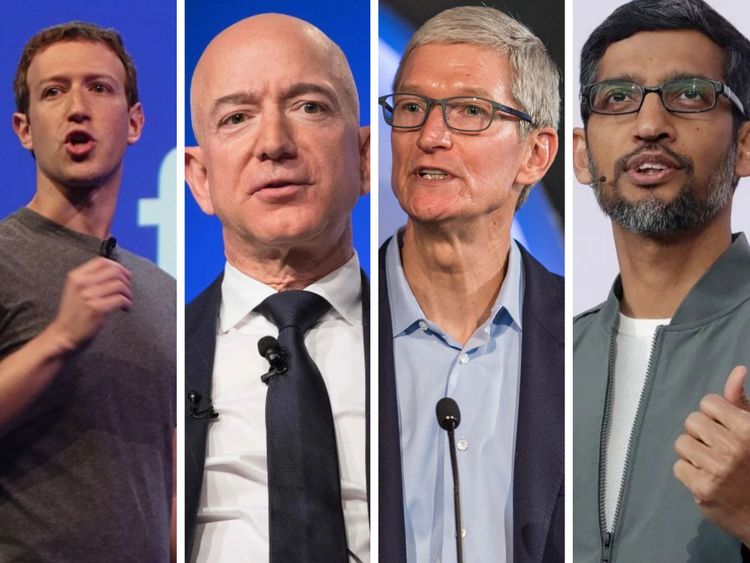 Facebook will not be allowed to maintain its monopoly power amongst social networks by using its data advantage to stifle and identify potential competitors and then “acquire, copy, or kill these firms.” Time to move on to other social networks.

Google won’t be allowed its dominance in search and online advertising to bolster its own vertical offerings and create an “ecosystem of interlocking” monopolies. Time to support other upcoming Search Engines such as DuckDuckGo that do not allow harvesting user data by advertisers.

Apple will not be allowed to have “significant and durable market power” with its iOS mobile operating system, exerting a monopoly-type hold with its App Store. Which means it’s time for a united, global, app-store that is compatible across platforms.

Amazon seems to have engaged in the most egregious anticompetitive behavior, especially in regards to third-party sellers on its marketplace platform. Earlier this year, the Wall Street Journal reported Amazon’s employees used these vendors’ data to inform the development of its own products. This is not great news for the nearly 2 million small and medium-sized businesses that sell on Amazon’s platform, roughly 40% of which rely on the company’s marketplace as their sole source of income.

Cashless is the new normal, so get your phone payment options up and running

Many years ago the concept of a cashless society may have sounded like it was straight from science fiction, but the rise of e-commerce, flexibility of banking and the growing number of ‘no cash accepted’ signs in physical shops has left purses empty, with the exception of a debit or credit card.

Cash has almost been eliminated in several countries, Sweden being an interesting example, where cash withdrawals have been declining by around 10% every year. In 2019, just 1% of Swedens GDP was made up of cash transactions. This is the same country that audaciously refused to impose coronavirus related lockdown and instead depending on local populace developing herd immunity.

Whether Sweden’s herd immunity gamble has paid off or not, we need to follow the nerd concept and start sorting out that phone based payment feature, now!

There is no option to cutting down screen-time, so deal with it 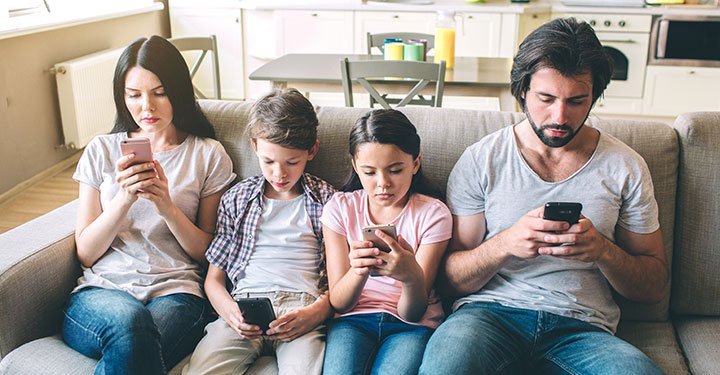 As they say in Game of Thrones, ‘there’s nothing more powerful than a good story’, and screen time should be a good story. We’ve evolved from the first single celled organisms to detect and respond to change, and so change tends to make for a gripping story. There’s a sense around screen time that something has changed, and we’re having to respond to it.

Let’s face it, we cannot do without checking our phones every few minutes, without working on computers and without watching that new series that is streaming on the telly.

So, how do we answer to those doomsayers who predict that more screen time would actually mean health problems for you and degeneration of children?

Well, nothing…just tell them to take a chill pill. We cannot do without screens in our lives and so be it!

Trump will, and must win. Accept that eventuality and move on

In the 2016 US presidential election, large swaths of working-class Barack Obama voters switched their support to Donald Trump, who campaigned on a promise to “Make America Great Again.”

Start with his record on family finances in his first three years as president. The media paid scant attention to a recent Census Bureau report, perhaps since it was chock full of bullish news in the economy for Americans of all incomes. The poverty rate fell to its lowest level in 2019, on the eve of the coronavirus, of any time before in our history. Moreover, the poverty rate also fell to its lowest level for Asian, Blacks, and Hispanics.

The middle class has also benefited. Median household incomes rose to $68,700 in 2020. Further, in three years, the gains in incomes for middle class households was larger than the gains in the last 16 years. Moreover, Blacks and Hispanics saw larger gains in incomes in the first three years under Trump than in all eight years under Barack Obama. The unemployment rate also fell to the lowest level ever recorded with minority workers. So much for those “racist” policies. It is one reason that polls are today pointing to Trump doing better than any Republican in 30 years with minority voters on the trail.

The Middle East truce between Israel and Arab countries, brokered by Trump was perhaps never even expected in our lifetime and is unfortunately so underrated by the world media.

As the saying goes – when America sneezes, the world gets a flu. Now America, and the world already has the flu. For the world to recover, it must start with America. So, deal with those insults and name-calling, swallow that bitter pill if you don’t like it, but Trump must and will win.

Will Democracy be again auctioned to Digital?

Coronavirus lessons for E-commerce in UAE