April 3rd, 1973 was the fateful day when Motorola engineer Simon Cooper made the first ever mobile phone call. But as is always with inventions, there are skeptics who will stall mass adoption of any new idea. It wasn’t until mid-nineties that mobile phones went mainstream. Now, can you imagine life without it?

From everyone’s favorite Nokia 3310 to the invention of Apple’s iPhone that slowly merged music, camera and the multitude of Apps, the journey of the simple mobile phone has come a long way to be now known as the smartphone.

So, how will the future smartphones look? Here, we look at new features, some of them are just months away from realization while some may seem straight out of a sci-fi movie. 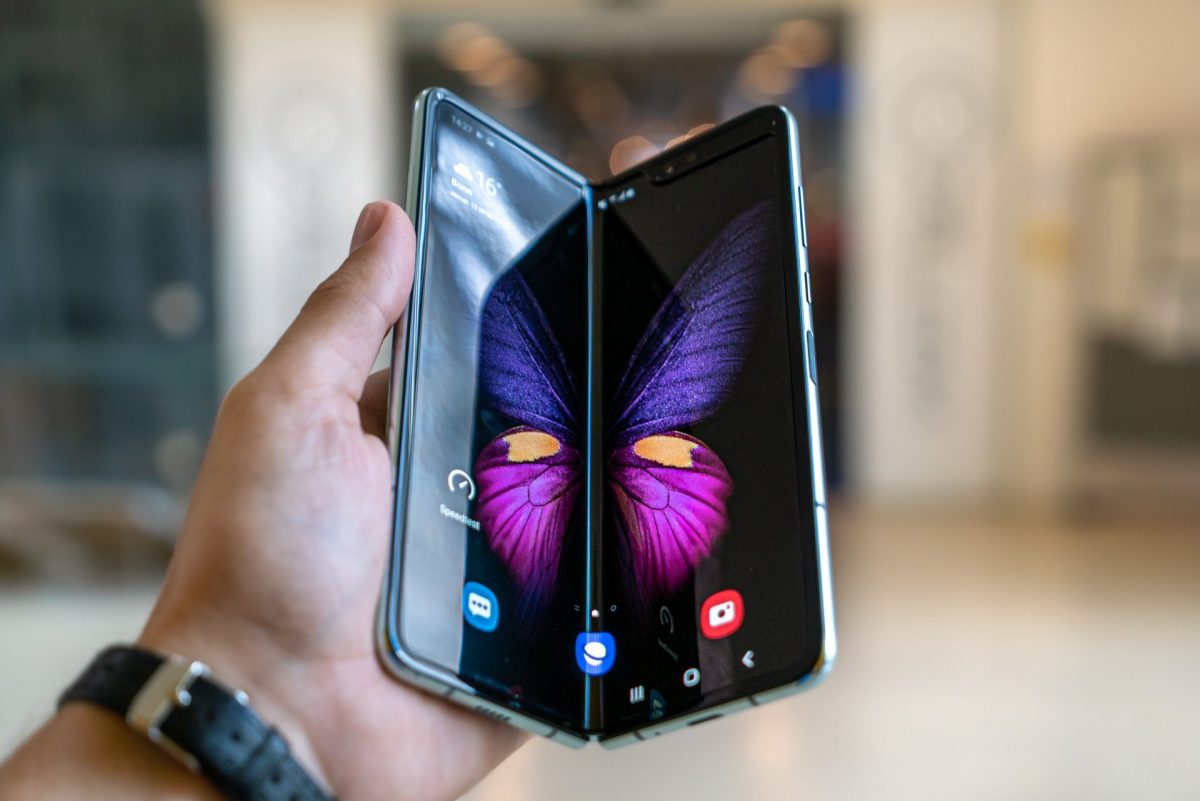 Foldable phones really entered the public eye in 2019, with multiple devices like the Samsung Galaxy Fold and Motorola Razr 2019 launched. CNET decided to put the Galaxy Fold through a folding torture test, and the phone didn’t quite live up to Samsung’s promises. The $2,000 device was placed into a machine that rapidly folded and unfolded it, and its display failed at around the 120,169 folds mark, if not a bit sooner.

So, by 2029, could we all own foldable phones? Well, that depends on how phone companies navigate the next few years. At the moment, foldable phones are largely considered interesting gimmicks, but ones that most people (other than tech fans) wouldn’t consider buying as their next phone.

This is because of how pricey they are, and also because software hasn’t been developed that really makes the most of the form factor.

So if the next few years brings foldable phones that are affordable and, more importantly, vital for certain functions, people will leap on board. 10 years is a long time, and it’s highly likely that foldable phones will become affordable and useful pretty soon, but that depends on how willing people are to ditch the tried and trusted form factor of ‘normal’ phones. 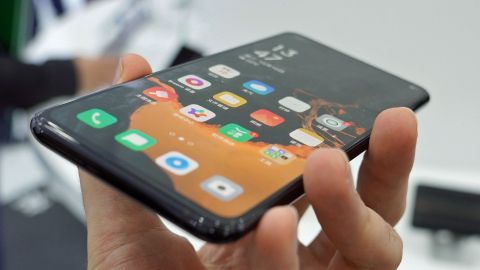 Many phones are dropping the 3.5mm headphone jack already, and those things will be ancient history by 2030.

As more users flock towards wireless headphones over wired ones, the amount of phone users who need to physically plug their headphones into their smartphone will reduce, and in 10 years, after years of advances in Bluetooth technology, we’d be surprised if many people use wired headphones at all.

More uncertain is the presence of a USB port to plug your phone into a computer or charger. We’ve already seen a few prototype phones without any ports, as handsets can rely on wireless charging to power up and Wi-Fi, mobile data or NFC options to send information and files to a computer.

It’s likely as wireless chargers get more popular and, more importantly, faster at powering up your device, people will rely less on physical wires, making a port more and more redundant. In that way, it echoes the use of wireless headphones, and in 2030 portless smartphones could be the new normal.

Some of them are just months away from realization while some may seem straight out of a sci-fi movie.

You probably know at least one person, if not yourself, whose smartphone screen is cracked, crazed or held together with tape. It’s not just the cost of fixing them – though that can run into hundreds of pounds – it’s the inconvenience of having to hunt out a repair shop. The answer to every clumsy person’s prayers could be self-healing screens. In 2017 a Japanese graduate student discovered that the material he was working on reformed when pressed together at normal room temperature. In a separate development MIT are working on a polymer to replace the glass and metal of today’s smart phones, in a bid to make them cooler, cheaper and hopefully less smashable. 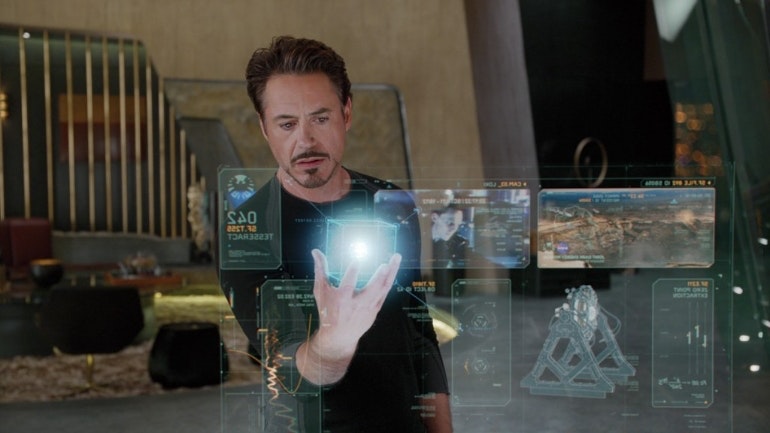 From Star Wars to Minority Report to Iron Man, Hollywood movies have been showing holographic displays as the inevitable, normal future. However, it has yet to see adoption by smartphone manufacturers.

As far back as March 2014, rumours were flying around about the then-unreleased iPhone 6 containing holographic functions that allowed you to beam virtual displays to interact with.

Unsurprisingly, this technology didn’t make it onto the iPhone 6 or the even the next-gen iPhones, and there are no rumours that this year’s iPhone 13 will include any holographic functionality.

Holographic phones could one day be a reality though. Especially if the Holoflex prototype showcased by researchers from Queen’s University in Canada is anything to go by. As the name suggests, the HoloFlex is both holographic and flexible, allowing users to bend the handset to view the 3D display from different angles and interact with the images on screen.

Touted as the world’s first holographic, flexible smartphone, the HoloFlex is still in development and won’t be available any time soon. 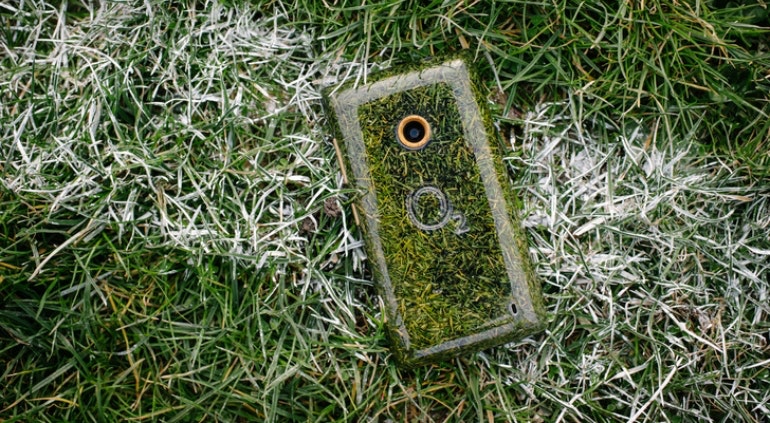 Getting your hands on great tech shouldn’t cost the earth. Yet when it comes to smartphones, the dozens of precious minerals and metals that go into making them come with a huge environmental impact.

Fairphone has always been at the forefront of environmentally-friendly smartphones, as its devices are made with lots of recycled parts and from conflict-free materials. The company’s launched a new handset now, perfect for people who want a green phone (green in eco-credentials, not color).

We already feel like our phones are part of us, but with one more step that really could become reality. The film Total Recall shows phones implanted into the palm of your hand. In the BBC’s recent near-future drama Years and Years, teenager Bethany has phone implants allowing her to use her hand as earpiece and mic. We may be just a few years away from it being only science fiction. At the 2016 World Economic Forum in Davos it was suggested that implantable technologies would be commercially available by 2023. But it could be in your head – one suggestion has been for devices implanted into teeth and behind the ear.

Google Glass never took off as a consumer product, but perhaps it was just ahead of its time. There’s still a possibility that our phones could be reborn as a barely-visible wearable device, one that would allow everything from making calls to reading emails, watching video, listening to music, using AR or viewing holograms. American company North are already trialling Focals, custom-built smart glasses with a holographic display to keep you in touch with messaging, Spotify, Alexa, Uber and more. There’s a voice-to-text function and perhaps it’s only a matter of time before they become more like a phone than a smart watch.

We’re all slaves to our phone batteries, but one day that will change. Energous Corporation are developing WattApp a wireless charger that uses radio frequencies at a distance of up to 15 feet, probably embedded in a TV, laptop or other piece of electronics and charging devices around it. Ossia are also developing wireless charging but at a larger scale, using transmitters that could power an entire warehouse. Another idea is piezoelectric materials which generate current from tiny movements. Or if you’re looking up at the sun and thinking surely solar power could do it – perhaps, but at the moment the technology is only efficient enough to keep your phone on standby.

Could you call someone just by thinking?  People are already working on a form of technological telepathy. A student at MIT built a system to surf the Internet with his mind. MIT’s AlterEgo is ‘a non-invasive, wearable, peripheral neural interface that allows humans to converse in natural language with machines, artificial intelligence assistants, services, and other people without any voice…simply by articulating words internally.’

And in 2016 Elon Musk founded Neuralink in order to develop brain-machine interfaces. In an interview he said: ‘Your phone is already an extension of you. You’re already a cyborg. Most people don’t realize you’re already a cyborg.” Musk sees merging humans with AI as a chance to compete with smart robots that may otherwise treat us as ‘house cats’. And who knew transformative mobile technology might save you from that?