Last year, the growing power of social media influencers and bloggers was evident by a research from Dubai-based PR agency BPG Cohn & Wolfe which showed that 71 per cent of UAE residents aged 18-40 are happy to take advice online before purchasing.

For a country whose Social Media penetration is the highest in the world (a staggering 99%, as reported by Hootsuite Report in January 2017); this is not surprising. Snapchat stars, YouTubers and Bloggers in the UAE are said to be commanding huge fees to talk about products, with many even issuing rate cards specifying what it costs for individual mentions on Facebook or Twitter.

But does Influencer Marketing really work? Even though a majority of marketers believe influencer marketing is a viable tactic, it’s still incredibly challenging to report accurately on Influencer campaign ROI. Celebrity product endorsements has been in existence since the birth of advertising. Actors and Sports stars have made more money endorsing products than sometimes even in their chosen professions. They are the original influencers. But modern day influencers can be an average person who simply has captured a particular domain garnering followers and that is a celebrity status. Companies now have options of using these modern day influencers at a fraction of the cost of superstar celebrities.

We take look at some of the most interesting examples of Influencer Marketing in the world as well as locally.

The much debated World’s Best Selfie is also the most popular tweet ever. But it was no accident, rather a very clever endorsement. When Ellen Degeneres, host of the 2014 Oscars took this celebrity filled picture, she never mentioned Samsung, a major Oscars advertiser. But she clearly appeared to use the company’s Galaxy Note 3 for the selfie, which was actually taken by Bradley Cooper. It was epic product placement for the Apple competitor.

If only Bradley’s arm was longer. Best photo ever. #oscars pic.twitter.com/C9U5NOtGap

GAP’s successful Styld.by campaign featured a number of influential social media personalities showing how they incorporate GAP clothing into their personal wardrobes. Users viewing the influencers’ posts on social media were given options to “Shop this Look” conveniently in the caption of photos.

Thanks to the involvement of multiple influencers from different niches, GAP’s campaign had enormous reach. 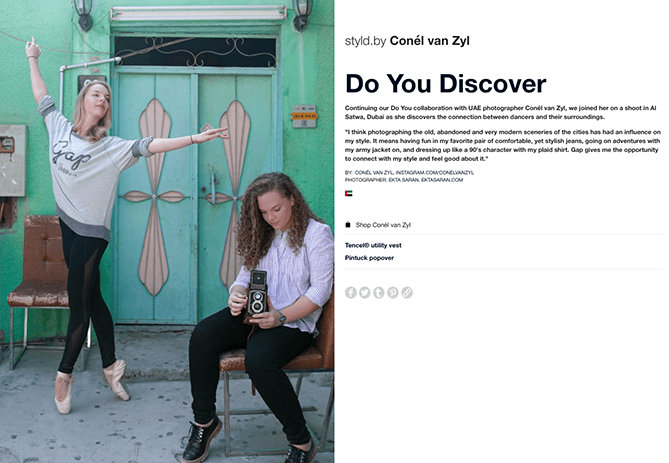 With over 1.5 Million YouTube subscribers and over 15.2 million Instagram followers, Dubai based Huda Kattan, has catapulted herself into stardom as a Beauty Blogger and Beauty Social Media Influencer.

With Iraqi roots and born in America, Huda relocated to Dubai where she launched her Blog in 2010, covering the latest beauty trends, beauty tips and 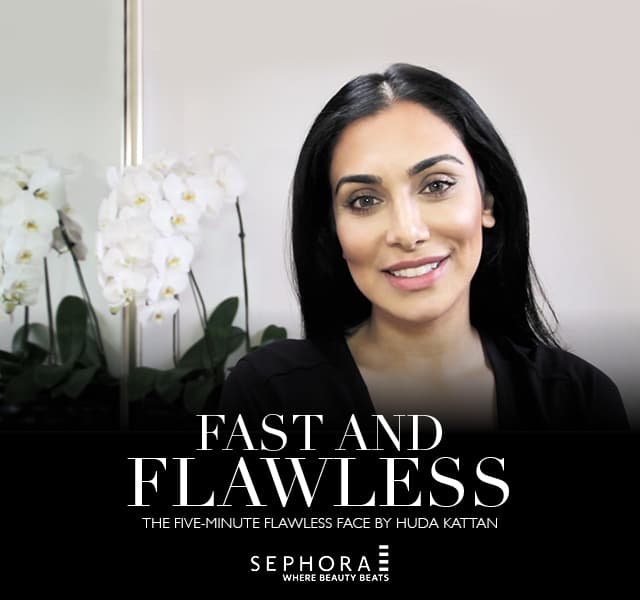 hacks as well as ‘how to’ tutorials, which naturally transitioned into You Tube, where her viewers where able to see more of Huda’s bubbly personality through her Vlogs.

This led on to her namesake product launches in 2012 through Sephora, which became an instant hit with the UAE clientele. So much so that in November 2015, Sephora shops across USA added Huda Beauty products to their product range, with Sephora France following suite.

4) Hewlett Packard & the PC : Influencers to the rescue

In light of the controversial headlines, Hewlett Packard turned to Edelman to help the company deliver an experience for media and influencers that would restore consumers’ trust and reinforce the brand’s commitment to the PC and printer markets. Working with HP’s marketing and PR departments, Edelman helped secure nearly 600 international media and influencers from 65 countries for the Global Influencer Summit (GIS) in Shanghai, China. There, HP unveiled more than 80 new computers and printers at one of the biggest product launches in the company’s history. Edelman worked with personalities like Project Runway’s Anya Ayoung-Chee, to spread word of the product launches through their online channels.

Despite being a challenging time for HP, Edelman helped the company continue meaningful interactions with media, consumers and partners. The firm secured more than 2,500 articles about the summit, which reached over 60 million readers across the region. Over the course of the two-day event, Edelman drove over 74,000 social media conversations in Asia Pacific alone. Globally, 35 billion media impressions were generated, nine million social impressions through media coverage and 5,500 press hits.

The affordable clothing chain tapped social media influencer Meghan Rienks to appear in a series of promotional posts on Instagram, Twitter, and YouTube. In the videos, Rienks shows fans how to style outfits for different occasions (e.g., a holiday party, and big date night) using pieces from Old Navy.

Rienks, known for her comedy sketches and lifestyle content, has a formidable following on social media, with over 1.3 million Instagram followers and 2 million subscribers on her YouTube channel.

she’s baaack 💫🎉💫 . got a bajillion holiday parties? @meghanrienks shows you how to wear 1 jumpsuit, 3 totally different ways. now all that’s left to do is RSVP “yes” 💌 . shop her looks, link in bio ✨ . #oldnavystyle #happyistrending

In the fickle new age media, will Influencer Marketing be just a passing fad or is it here to stay? The answer depends on how social media itself evolves. As long as millenials and post-millenials continue to adapt to social media, influencers will be created. We might see a future in which real celebrities won’t be the ones on celluloid or astroturfs, but average people who have crossed over to the other side by capturing a niche, garnering followers and have become digital superstars.

To Rent or to Buy, that is the Question.