Game of Thrones is the most popular TV show of all time with 170 countries showing it, whilst it also becomes the most downloaded show ever.

As the final season of Game of Thrones commenced in July, Dubai spearheaded some novel ways of celebrating this phenomenon.

In celebration of the multi-award winning fantasy show’s new season, one Dubai bakery 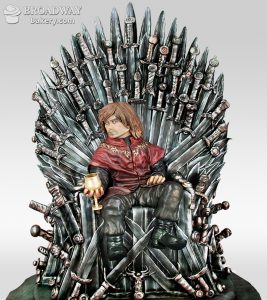 has decided to do what the emirates does best: turn regular, everyday foods into bigger, better, wallet-busting versions of the original.

The one-of-a-kind cake – which costs almost AED100,000 (US$25,000) is made entirely of sugar fondant and paste. But the real star of this iced marvel (much like the show itself) is Tyrion Lannister, who sits atop the ‘Iron Throne’.

Each component of the cake – right from Tyrion’s drinking flask to his distinctive red jacket with intricate gold foiling – is crafted by hand, by a team of chefs from Broadway Bakery Dubai. When finished, the cake is 1.2-metres tall and weighs almost 32-kilogrammes. It comes on a sponge base, available in a variety of flavours. It can easily serve over 100 people. 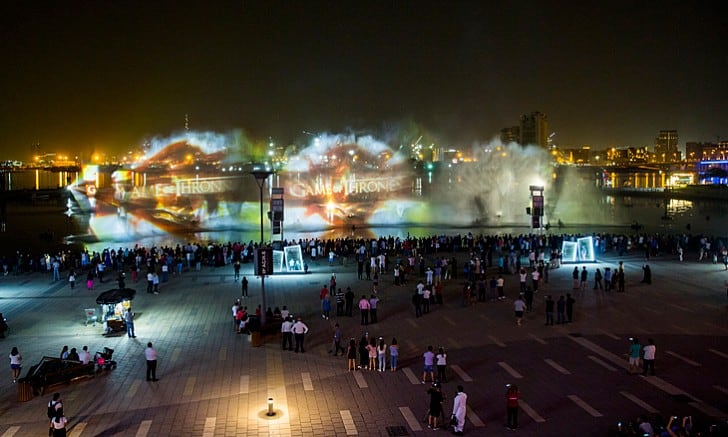 To celebrate the much-awaited season 7 of Game of Thrones, OSN and Dubai Festival City  joined forces to create a piece that might be just as magical as the award-winning HBO show itself. The display used fire, lasers, lights, music and pyrotechnics with a GOT theme.

OSN is the only place to watch all series of Game of Thrones in the Middle East, and Season 7 at the same minute as in the US. Or at least that is the politically correct thing to say. Exclusive to Time Out readers, OSN offers a 15 percent discount on their package.

Viagra in your Kitchen

The Splendour of Arabic Food in UAE